Azure DevOps: How to pass a parameter from a build to a release?

In the build I have some parameters that allow the user to change which docker images are built. Defined like this:

I now want to make jobs in my release stages dependent on these variables as well. So something like this: 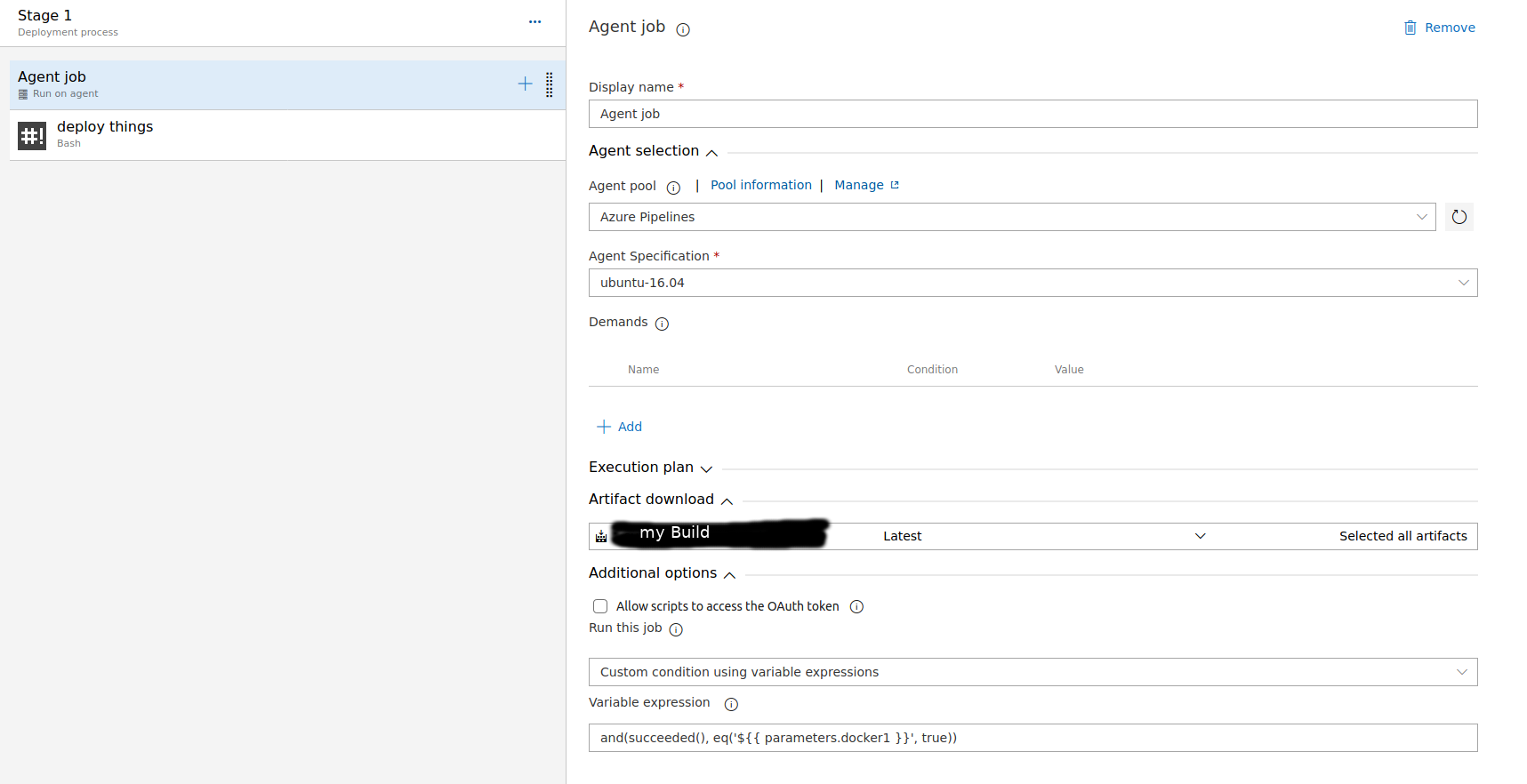 Now the config in this picture doesn't work.

My question is how does the syntax for this work if this is just a problem of syntax or how do I make these parameters available to the release if this is more of an issue of variable scope?

I can image that one way to solve this would probably be to write all my parameters to a file, upload this as a pipeline artifact and then write variables from this imported artifact in the release stage. I want to avoid this if possible since it feels like a very clunky workaround.

In case anyone ever finds this question: I didn't find a satisfying answer. My workaround was to write my variables to a text file in the build and then publish it, download it in the deployment and publish the values as output variables to a bash task. Looks something like this:

the output variables parameters of this bash would need some reference name, for example job_out and you would then be able to reference the variables from other jobs in that stage like this:

If you are running a yaml deployment pipeline (instead of one made in the portal) you can even use job output variable between stages.

For portal pipelines that want to share variables between stages this exists and seems to have helped some people but I didn't get it to work: https://stackoverflow.com/questions/53042605/how-to-modify-azure-devops-release-definition-variable-from-a-release-task/53060141#53060141

Not the answer you're looking for? Browse other questions tagged azure-devops azure-pipelines or ask your own question.