I am working on visual studio projects (Visual Studio Community). I have create local git repositories and remote respositories on https://dev.azure.com (azure devops).

Now, i want to work with Team Foundation Version Control. I need "Microsoft Team Foundation Server". It seems this product is now called "Azure DevOps Server". Is it the same thing than what i see on https://dev.azure.com ?

What should i do in order to work with Team Foundation Version Control instead of git ?

Q: "What should I do in order to work with Team Foundation Version Control?"

A: TL'DR: Use the TFS command line client, tf.

Aside from the delay in getting features into the on-prem variant, the questions of choosing on-prem or cloud have nothing to do with choosing TFVC vs Git. It likely depends more on cost, infrastructure and people resources, geographic and network constraints.

You can see most of the Product Announcements from the Program Manager here.

But, let's get back to today. Since TFS 2015, Microsoft has put very little effort into improving the TFVC side of their offering. It would seem today, they have essentially abandoned it. Team Explorer Everywhere is no longer maintained. In 2016, they open-sourced it. Admittedly, in 2017 they did reintroduce it after a large outcry. The Eclipse client was last updated for Neon release (2016-06). The tfs-plugin for Jenkins has not had a significant release since Mar 2018. On 2020-11-06 (Nov 6, 2020), the Visual Studio Code plugin will be removed from the VS Code Marketplace; users will have to rely on the tf command line.

The Program Manager's first post detailed TFS Usage within Microsoft. Those were last updated in 2013. A few years later, they are now boasting of having the world's largest Git repo and then acquired GitHub.

The basic question you should be asking is Choosing the right version control for your project? Do you want a Centralized model or a Distributed model of version control?

I have a lot (decades) of experience managing Centralized and Distributed version control systems. As MS documents, each have their strengths, weaknesses and trade-offs. But, why would you choose a centralized version control tool that is provided by a vendor that evidently no longer supports it?

PS: Most people visualize Centralized Version Control like this: 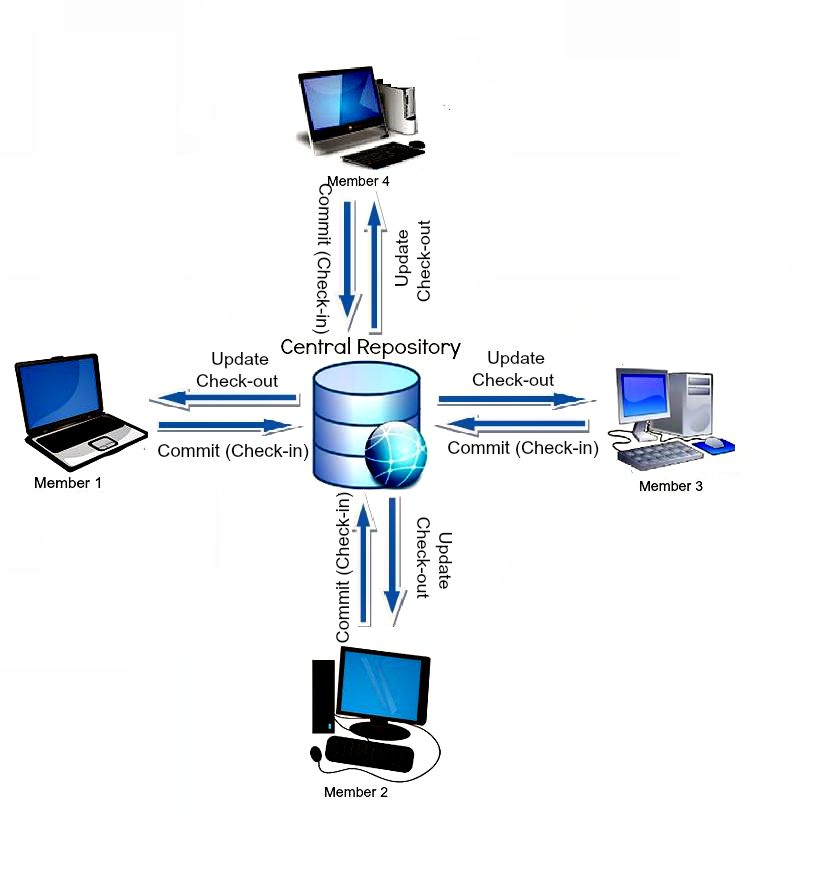 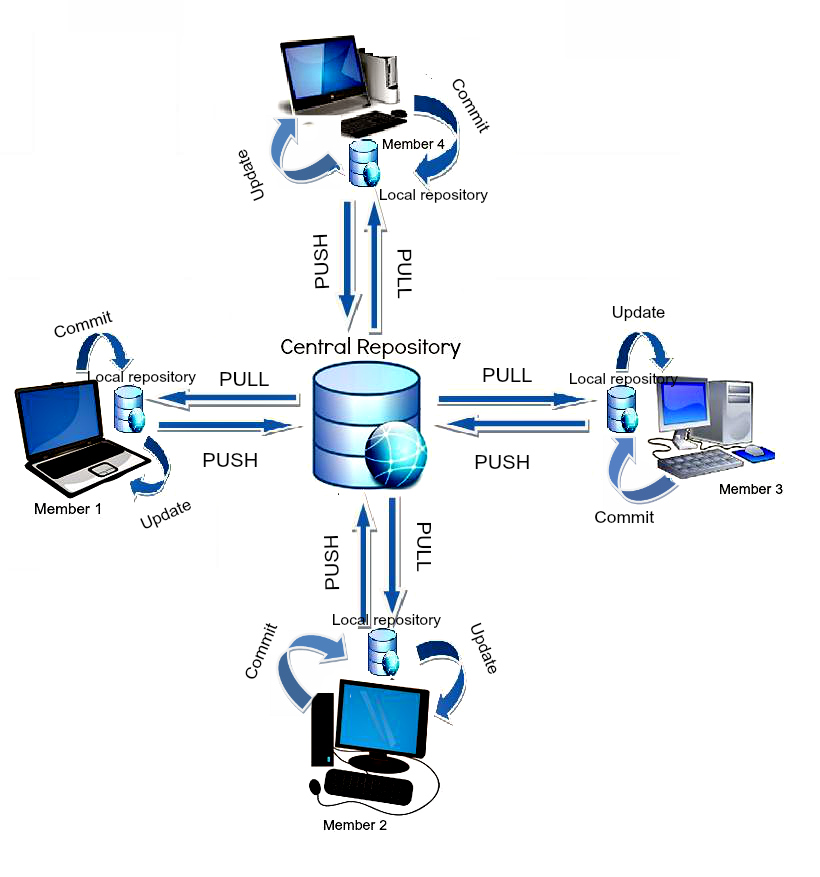 But that is really just a "disconnected, centralized model". Git allows for very complex distributed workflows, such as show below. You do not get that flexibility using centralized tools. But it can also be a total nightmare to keep track of what's where. 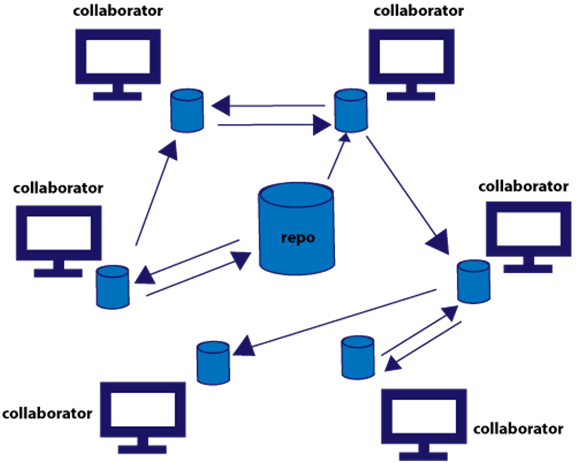 Git is a distributed source control. Git is open source and it's not owned by any company.

Not the answer you're looking for? Browse other questions tagged azure-devops tfs or ask your own question.

0
Updating a TFS repo with Jenkins