I am trying to chart the network bandwidth usage of a node in 2 different manners:

To achieve this, I am issuing the following Prometheus queries (example for the receive bandwidth):

The results are displayed in the following Grafana dashboard, after generating some load on a HTTP service called thrpt-receiver: 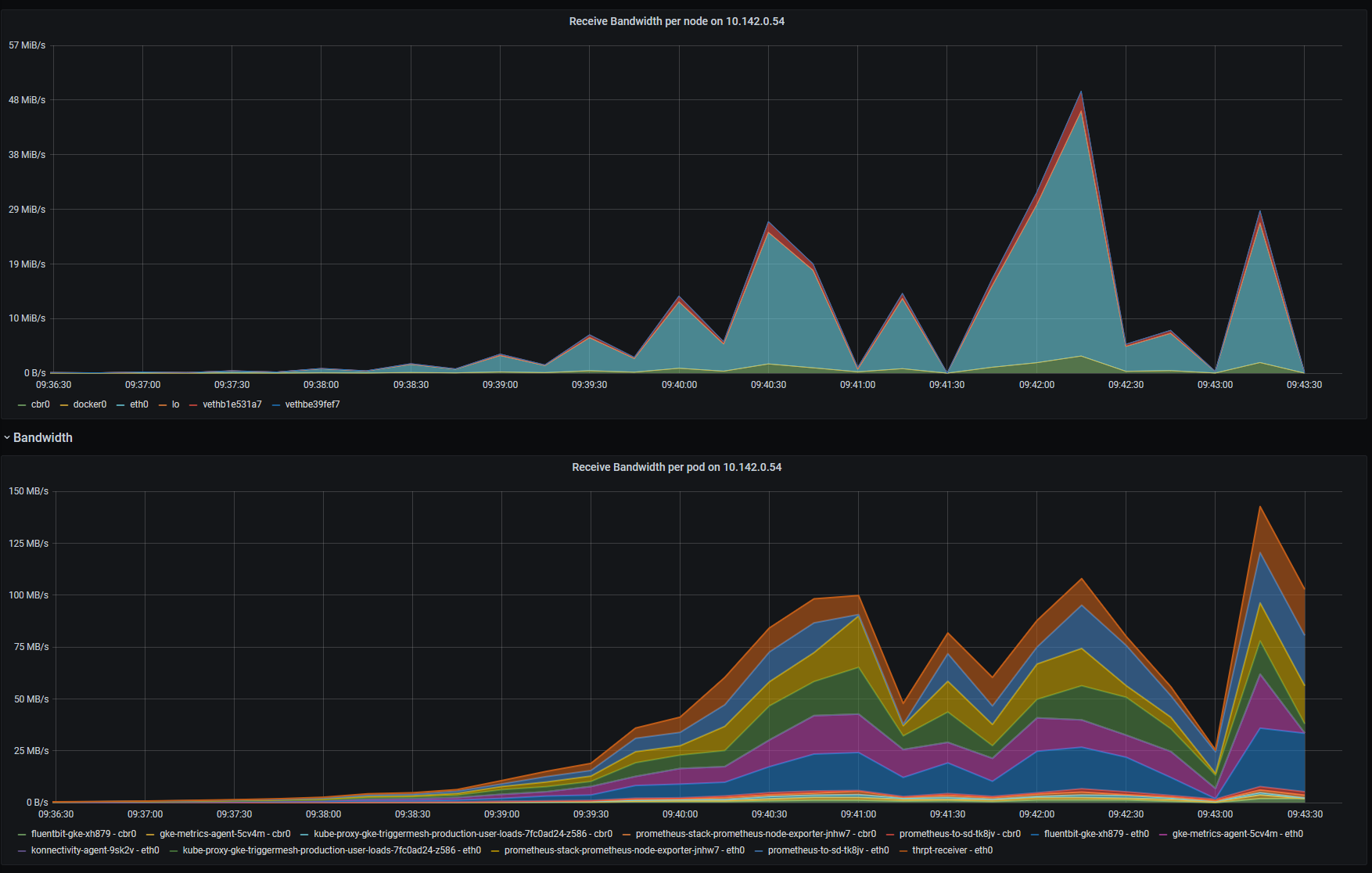 Here's what I see if I look at the raw metrics, without sum() and irate() applied: 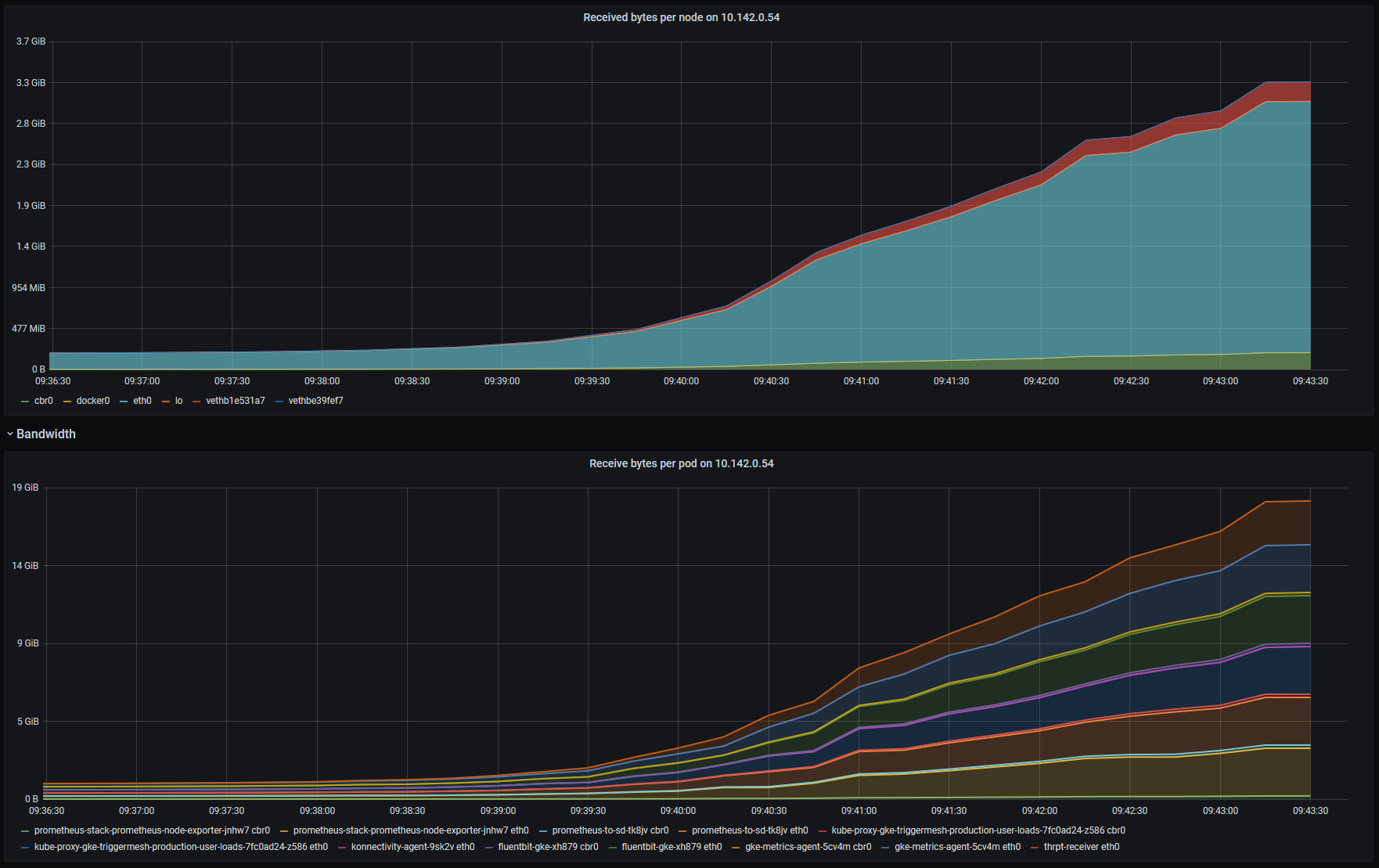 As you can see, results are vastly different, to the point I'm almost certain I am doing something wrong, but what?

What makes me especially suspicious about the Pod metrics is the supposedly increasing received bandwidth of kube-proxy (which AFAIK is not supposed to be receiving any traffic in iptables mode), and agents such as the Prometheus node-exporter, etc.

I found out what was happening in my graphs. All the Pods mentioned above have one thing in common: they use the host's network namespace, so their network metrics are all identical, and equal to the global host's metric (just with a slightly different precision).

One way to see it is to compare the host's metric to one of the above Pods:

Not the answer you're looking for? Browse other questions tagged prometheus or ask your own question.

1
Is there a way to make Prometheus to scrape only the metrics which are present in Grafana?