The CI/CD pipeline supports pipelines per branch but no pipeline for feature branches is triggered automatically. There are pipelines deployed for the following branches: development, master. The respective pipeline is triggered onCommit event (codeCommitRepo.onCommit('OnCommit', {}) so whenever there is any code push to the branch. We are planning to use git-flow as the branching strategy but don't exactly see the advantages of having another branch called staging, in addition to development, master.

The CI/CD pipeline looks as follows: 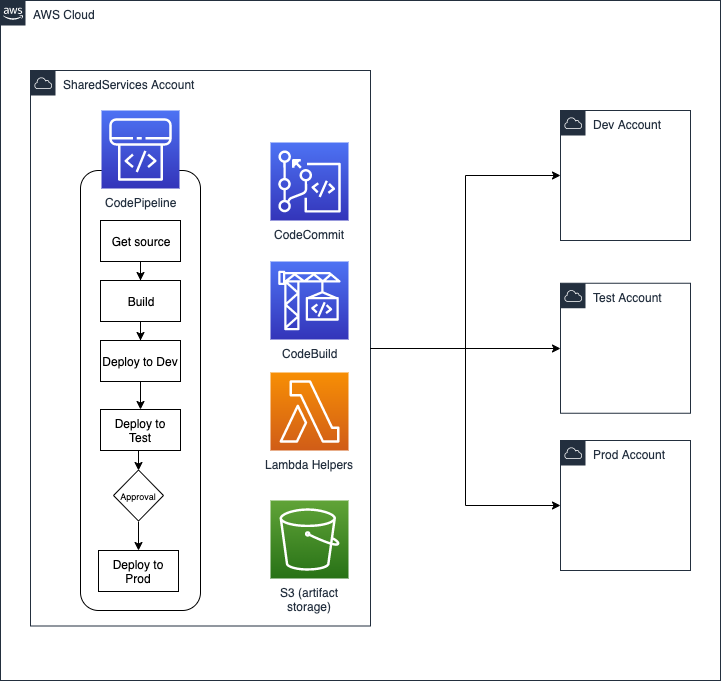 Also, the pipeline is coming from https://github.com/awslabs/aws-simple-cicd and is written using AWS-CDK

Having a Staging branch has its benefit as you can have code which will merge to master and deploy to prod , and the developer can experiment/work on develop branch without worrying of any accidental merge to master directly.

Not the answer you're looking for? Browse other questions tagged amazon-web-services continuous-integration continuous-deployment continuous-delivery aws-codepipeline or ask your own question.

// TODO sg: TMP solution until we are confident in our current implementation of async imports // once we are, we can move the if into the js entry file and dynamically load the mark obsolete module