Failed to start windows service with Start Parameter in golang

I've tried to create a executable as a windows service using golang based on example provided in https://github.com/golang/sys/tree/master/windows/svc/example

So whenever service get started executable should perform init operation. Following go code snippet is looks like this. 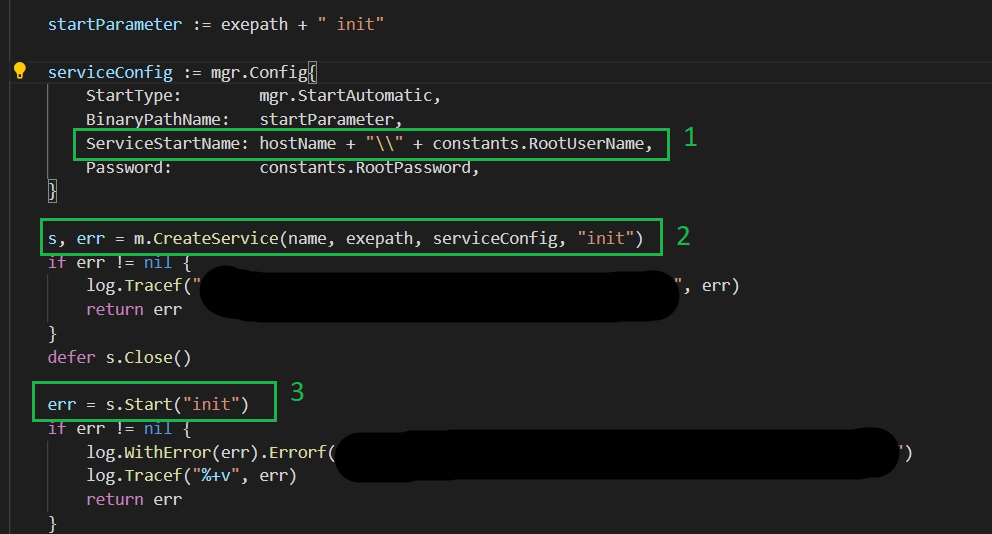 based on the documentation,

But start parameter is not properly added in windows service and executable is nor running as expected.

In created windows service I'm able to see init is added along with executable name, but it is not added in start parameter as well as whenever service is started it is expected to write some log in file, that is also not happening. 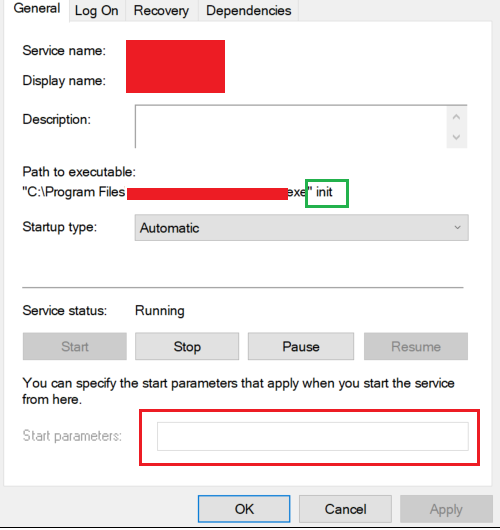 Can anyone let me know if this configurations are valid ? If not suggest your thoughts. Thanks.

The following is supposed to be a comment, but I do not posses the permission to do so, thus writing it as an answer.

source says 'CreateService installs new service name on the system. The service will be executed by running exepath binary. Use config c to specify service parameters. Any args will be passed as command-line arguments when the service is started; these arguments are distinct from the arguments passed to Service.Start or via the "Start parameters" field in the service's Properties dialog box.'

Not the answer you're looking for? Browse other questions tagged windows go or ask your own question.