I'm planning to use AWS EC2 instances for the development purpose of my web application. So, I will like to disable all the outbound ports except RDP(3389) port. The RDP port will only be open to a particular AWS Service(host). Users can access the host only after logging into AWS Console.

Can anyone please help me understand if there is any service in AWS that can be used as the host?

For reference, Azure has a Bastion Host, which can be used for this purpose.

There're many ways to access its EC2 instances as we know and if you want let the users access the instance only through AWS Console, then you might want to use AWS SSM (System manager), which will allow the user access only the authorised EC2 instances without Bstion host by the given IAM policy.

Here's instruction that you can consider as below:

When a user access the EC2 via AWS console, a prompt will be appears like in the picture, and then can access if IAM Role and policy has been given properly in each instance and the users. 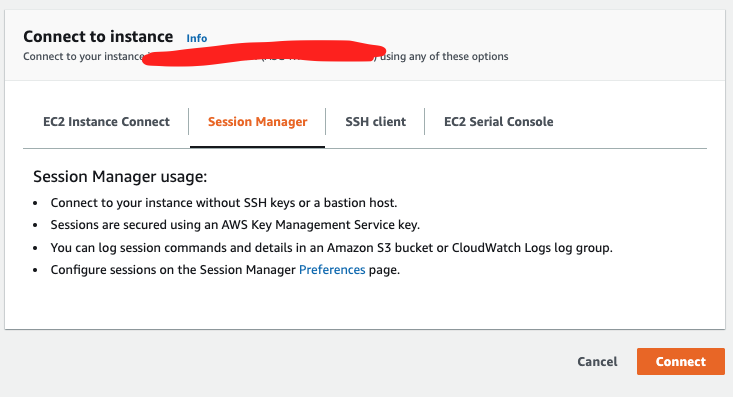 2
Can you replicate Active Directory from a Corporate Intranet to an AWS VPC where there is an outbound-only link?
1
How to re-enable RDP on AWS-EC2 instance
0
Can't get P3 spot instance on AWS
1
How to ensure EC2's OS/application is loaded?
0
Unable to connect to remote service using AWS VPC Peering
2
Cross Account EC2 Access from within Amazon Workspace
1
Running AWS lambda in serial (for a given parameter)
1
Do any services other than EC2s consume ip addresses in AWS?