I was trying to understand jenkins agents. This page asks to first create jenkins docker agent. But it doesnt say where to execute these steps?

Q1. Should we be executing these steps on node or a machine which we want to designate as agent?

The next step asks to setup an agent through Jenkins UI: 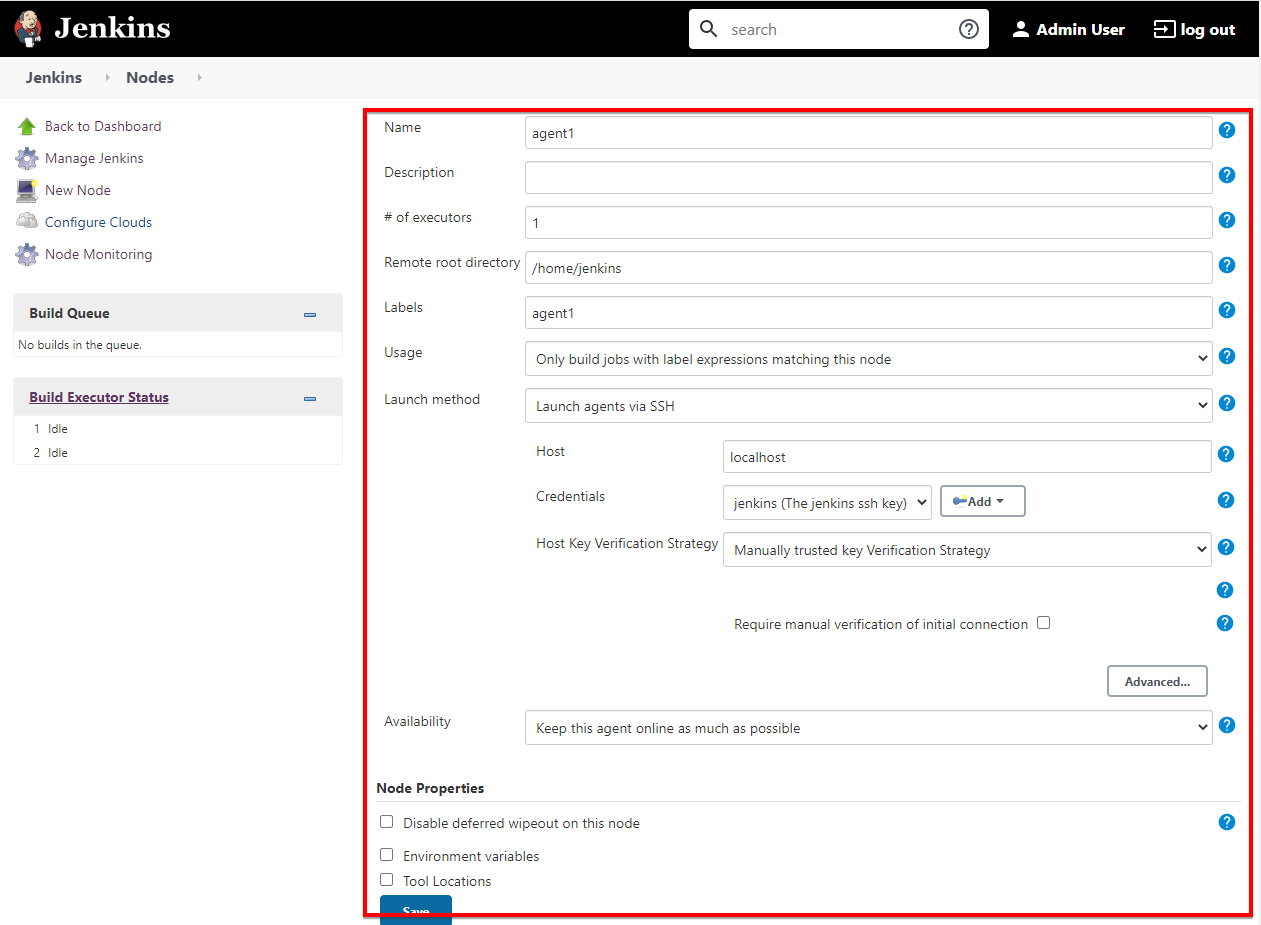 Q2. Above is nothing but the Jenkins controller UI right?

But above UI does not seem to accept IP address of the agent node on which we staarted docker agent.

Q4. What are exactly Jenkins plugins in relation with agents? Jenkin glossary defines plugin as "an extension to Jenkins functionality provided separately from Jenkins Core." But that does not explain much of its nature or functionality. This page also explain plugin installation and management on the controller, but doesnt explain exact nature of their functionality.

Q4.2. If yes is the answer to Q4.1, does every plugin need corresponding process to be installed on the agent so that agent can carry out functionality specified in the pluin on the controller?

PS: Am a noob in Jenkins and overall DevOps stuff and just trying to wrap my head around Jenkins

jenkins jenkins-pipeline jenkins-plugins
Share
Improve this question
asked May 7 at 19:20

Q1. Should we be executing these steps on node or a machine which we want to designate as agent?

Q2. Above is nothing but the Jenkins controller UI right?

But above UI does not seem to accept IP address of the agent node on which we staarted docker agent.

It has a Host field. Put the IP address or hostname into it.

No, that is what the above controller UI page is for. You are telling Jenkins, this is how to connect to an agent.

These should really be a new question but I will give you a brief explanation.

Agents and plugins are not really related. Plugins are installed on the Jenkins controller and will run where you run your job/pipeline. So this could be on the controller or on an Agent. Also plugins can help you setup agents, like the Amazon Ec2 plugin.

Jenkins can be tough to learn but it is the most powerful CICD engine that exists as long as you use scripted pipelines. Another place that might be helpful is https://community.jenkins.io/

Not the answer you're looking for? Browse other questions tagged jenkins jenkins-pipeline jenkins-plugins or ask your own question.

8
sshagent and jenkinsfile
0
Jenkins fails to start after a restart with "hudson.util.HudsonFailedToLoad: org.jvnet.hudson.reactor.ReactorException"
5
Monitor Jenkins node/slave health
3
Restart agent for each build
1
jenkins pipeline code to build docker images
1
Jenkins run build in docker on server (withDockerServer not working)
1
How to determine whether the Jenkins build was started by a user or the scheduler?
0
Jenkins multi-agent build switching directories behind the scenes preventing AWS CodeDeploy plugin from zipping built files