I have a pipeline that runs on a dedicated bare metal node for automated performance benchmarking. Using bare metal is necessary due to the nature of the project.

Near the end of the pipeline, the results are sent to users (simply seeing a pass or fail status is not sufficient).

The next instance of this pipeline can then start running on the rebooted bare metal node.

Is there a way to safely reboot a node at the end of a pipeline so Jenkins does not mark the pipeline status as failed?

The basic structure of the scripted pipeline is:

Changing sudo reboot to sudo shutdown -r +m5 or what ever time delay needed, would prevent the pipeline from failing. It forks the reboot process to the system and lets the Jenkins agent finish this pipeline cleanly.

Depending on how the system is configured, it should prevent new logins to the server while the reboot is scheduled.

If the agents are configured to launch via ssh,

and configured to be brought offline if not in use, 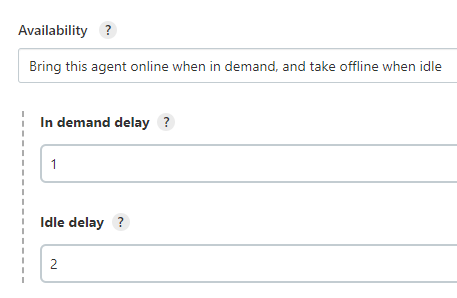 Provided the agent times out, Jenkins should be unable to start a new pipeline on that agent until the reboot completes.

From the man page for shutdown (on one of my servers)

Some ideas to get you started:

I'm sure there are some other clever and creative ideas that I'm missing as well.

Not the answer you're looking for? Browse other questions tagged jenkins jenkins-pipeline linux or ask your own question.