What are fetching DevOps analogies?

Some presenters use analogies to clarify a certain technology, e.g. Pizza as a Service 2.0 that explains the differences between different as-a-Service (aaS) stacks. 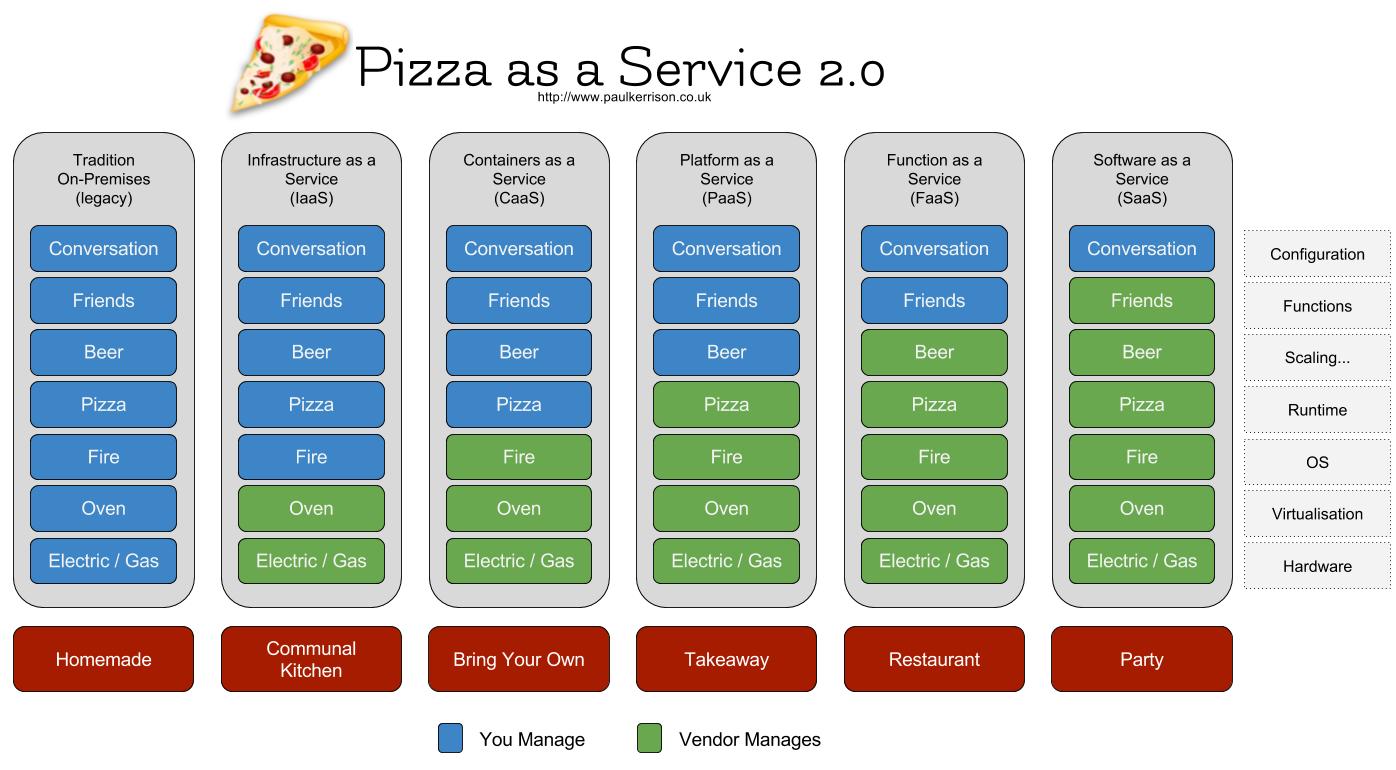 Advantages of this Pizza analogy is that it consists of multiple analogies, i.e. runtime aka pizza and homemade aka legacy.

When one Googles "DevOps analogy", various images are shown, but not of them is very catchy.

DevOps is the Industrialization of IT 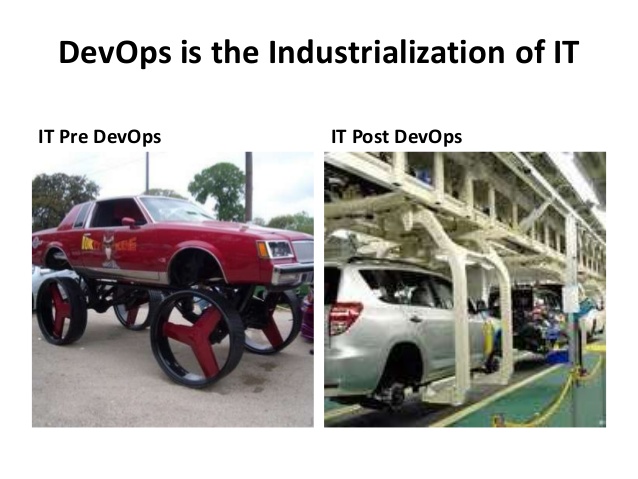 The most prominent DevOps analogy I can think of is the Pet vs. Cattle analogy on disposable infrastructure. Although, I would argue that is less about the fetching that is associated with the image, and more about how easy it is to understand and relate to. 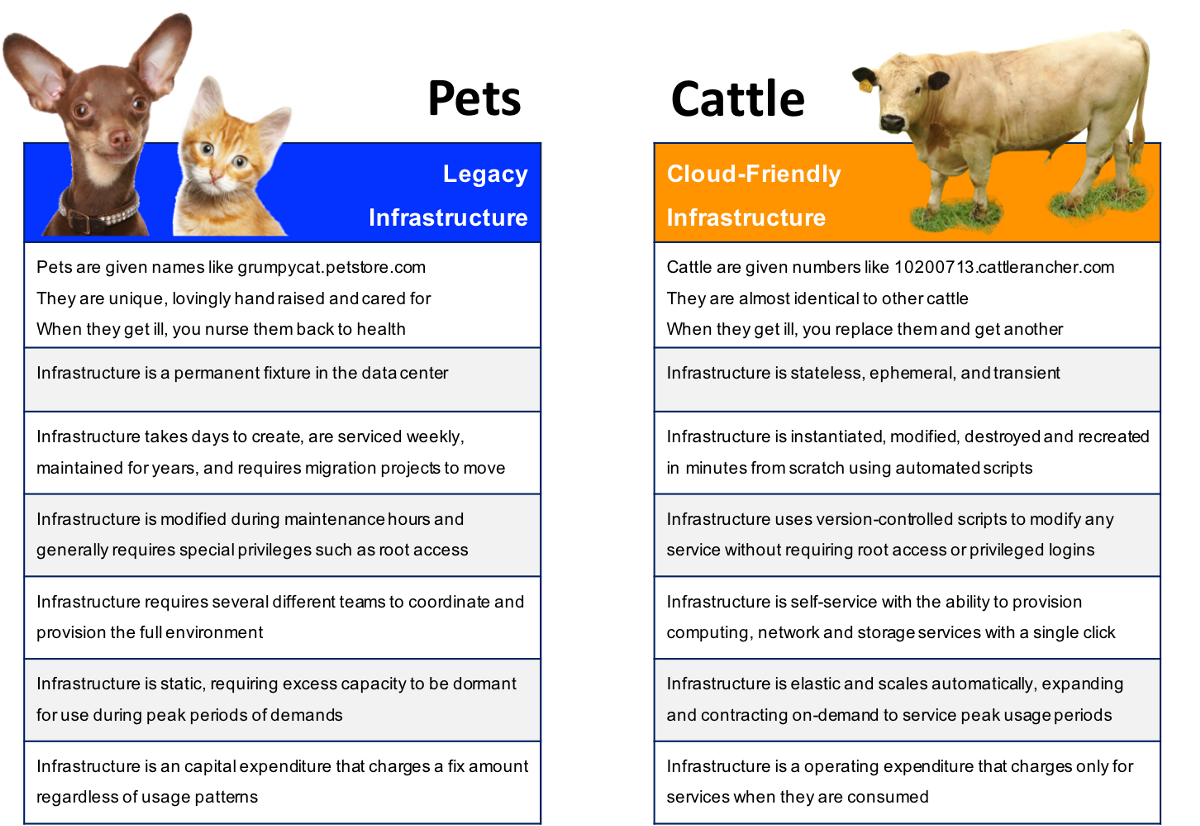 Mostly for devs but knowledgeable to others with the "disaster girl" meme: "Works on my machine.. Ops problem now!" This illustrates that lack of responsibility can endanger the whole company, and the value of software working only in a specific environment is not absolute. 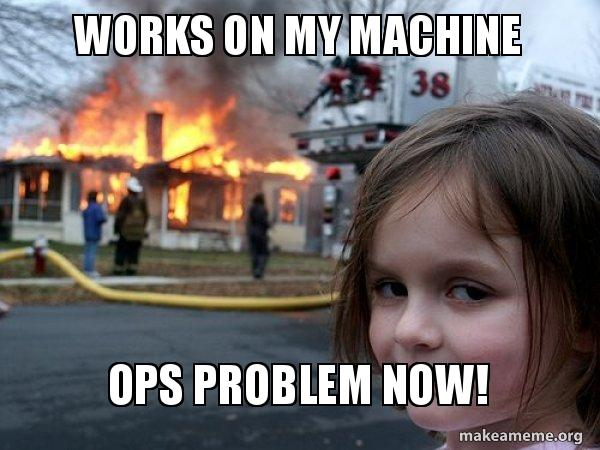 Also, the matrix of hell. Adding Docker might seem as one column more, but containers will become to-go technology and the standard architecture on long term. So, you can run Docker containers also with Kubernetes or Apache Mesos. 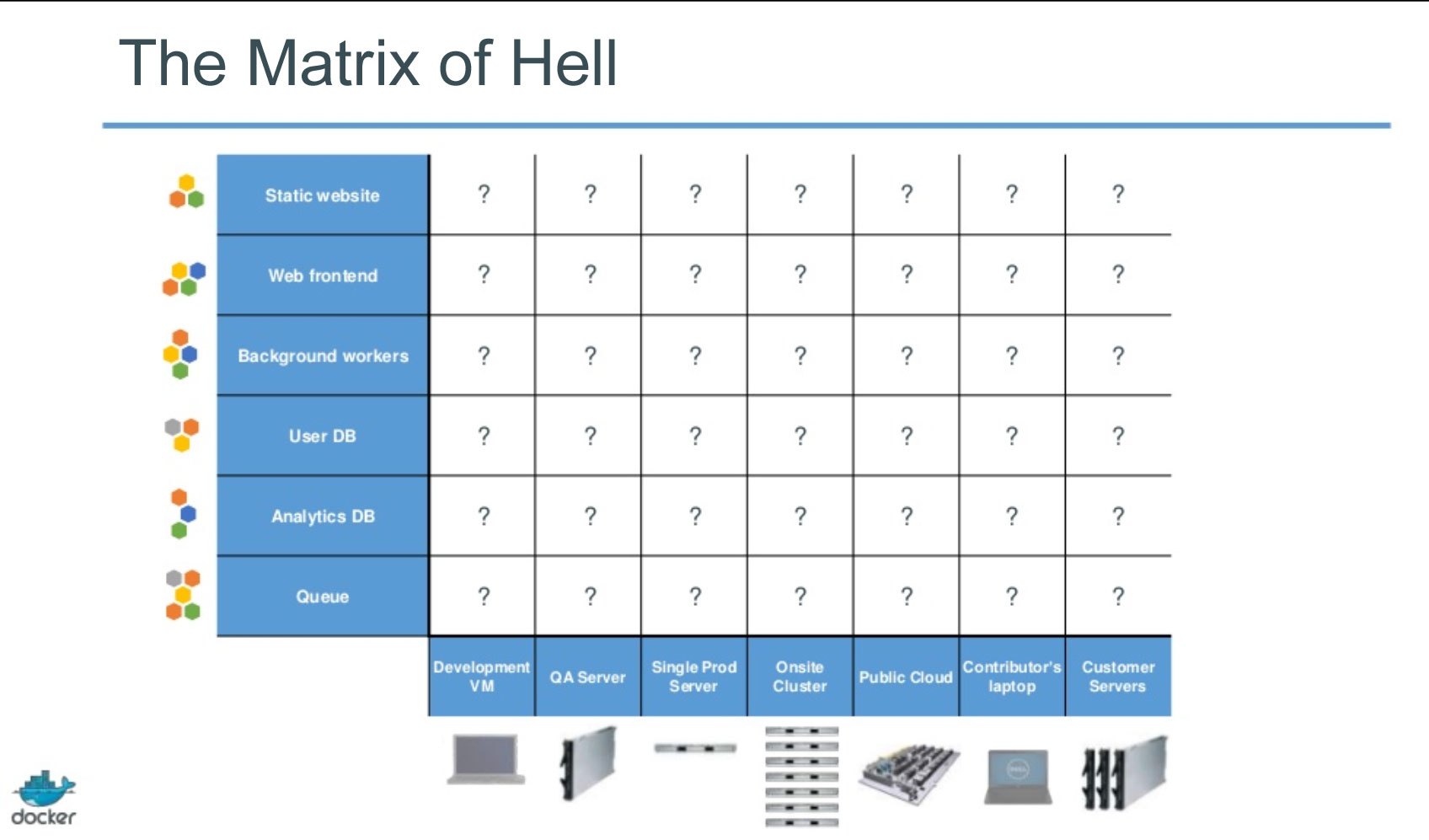 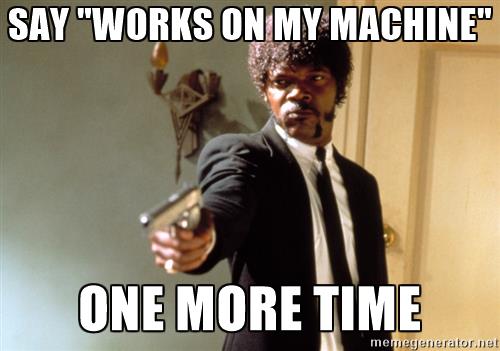 as I have heard it multiple times and it frustrates me because it is silo behavior and anti devops. I basically want to enforce it, when you change it you have to release or when you break it you fix it. In practice it is not that simple as a mindset has to be changed.

Another analogy was found here https://devrant.com/search?term=devops

I think that this on is also applicable as there are still developers that continue throwing things over the wall. 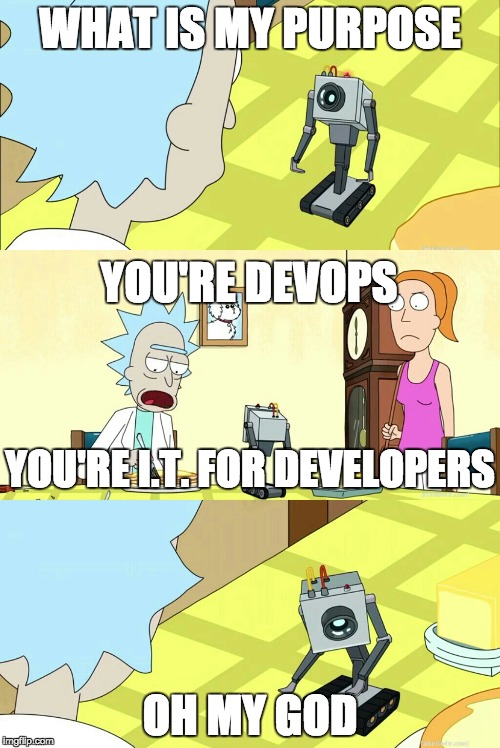 I have to admit that I feel like this and that this encourages me to learn programming. I am now learning Java and want to get certificates. I am now studying for Java Oracle associate.

Based on a suggestion in one of the comments to one of the answers by @PeterMuryshkin I read more about Industry4.0 and I think it could be an DevOps analogy.

Another DevOps analogy could be industry 4.0:

Industry 4.0 is a name for the current trend of automation and data exchange in manufacturing technologies. It includes cyber-physical systems, the Internet of things, cloud computing and cognitive computing. Industry 4.0 is commonly referred to as the fourth industrial revolution.

In order to introduce industry 1.0 the functional process, i.e. how to produce coton manually has to be clear in order to automate this, 2.0 automated more and 3.0 as well. Nowadays DevOps is also about automating more and more, but in order to do that the process should be clear as well. As 4.0 is about moving to the cloud, e.g. AWS, GCP, AWS, CI/CD and self-healing systems this could be an analogy too.

DevOps could also be compared with a commando squad, that consists of a small number of specialists. I always have to think about the first level of Commandos 1 behind enemy lines. There were three characters:

All of them were able to take out enemies aka automation in DevOps. Whether Operations could be compared with the marine, driver of green beret does not matter. Operation, Development and Quality Assurance all have their specialties. Combining these elements is essential to release software more often.

If for example one of the commandos died in the game, the game was over. All of them had to work together in order to accomplish a mission. I can remember that each of the commandos were isolated in the beginning of level 1 and had to take out enemies themselves, but they were dependent on each other as well.

When they were working together there was a higher chance that they could survive as three shots were needed to take out an enemy. If they shoot together the enemy was taken out immediately.

Not the answer you're looking for? Browse other questions tagged culture or ask your own question.

9
What are pros and cons of Hackathons on implementing a DevOps culture?
1
What are further known DevOps operation models?
13
What Key Performance Indicators (KPIs) are used to measure DevOps?
7
What are known useful and misleading memes in the DevOps culture?
17
Why are books so prevalent in the DevOps community?
3
What means “system engineer practicing DevOps”?