I am wondering if Azure DevOps has the ability to do conditional flow as part of a release definition.

My use case: I have a PowerShell script that deploys a SQL Server DACPAC to create or update a database. Sometimes this deployment will fail because a change was made that could potentially cause data loss. Instead of absolutely failing the deployment, I would like to trigger a manual intervention for a DBA to review the changes. If they resume, I would like to attempt the deployment again, but this time with a flag that will ignore potential data loss issues.

Finally, if that second db deployment attempt is successful, I would like the flow to continue back to the rest of the deployment tasks.

Here is a general flow diagram: 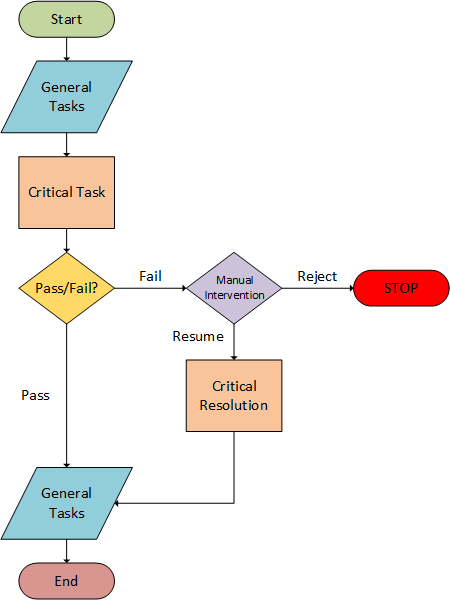 I am using the Designer (Web UI) and not YAML for all my current builds/releases, but I am also interested if YAML has a solution for this.

Azure DevOps has a section for Conditions, but I did not find that particularly helpful. The number of conditions seems limited. It also looks like variables can be set on jobs, but this appears to be only available with YAML.

Is there a way to set up the conditionals at the end of phases/jobs or tasks to achieve this branching behavior?

@Shayki's answer was a large portion of what I was looking for (thanks!), but I was eventually able to figure out a solution that met all of my requirements. It involves a less than ideal use of the Release Description to propagate state between jobs.

If all the previous tasks have succeeded, and if the Release.ReleaseDescription variable contains the string defined in the _dbDeployErrors variable, then this job will execute (and the manual intervention task inside of it).

The _dbDeployErrors variable isn't too important, I set it to ;DB_DEPLOY_ERRORS_$EnvironmentName. The main idea is that, at least with the Web Designer, there is no way to pass information from an agent job to an agentless job. So I wrote a powershell script which uses the Get Release and Update Release Azure DevOps REST API to update the Release Description parameter on the release. This allows me to pass information to the next job in the deployment.

The basic steps for setting this flag are:

Note: I set an agent variable instead of making the API call from the db-deploy script so that I can keep my deploy script clean and maintainable. I move the responsibility of calling the API to a dedicated script instead.

If the Manual Intervention is resumed, then the third job executes as an agent job. It will attempt to deploy the db again, but this time it sets a -Force flag on the script to ignore possible data loss (it was approved by the one who performed the intervention). If this deployment succeeds, then a quick cleanup is run to call the Update Release API and clear the flag from the release description. Finally, the other tasks can resume as normal.

Here is what the tasks in my final release definition looks like: 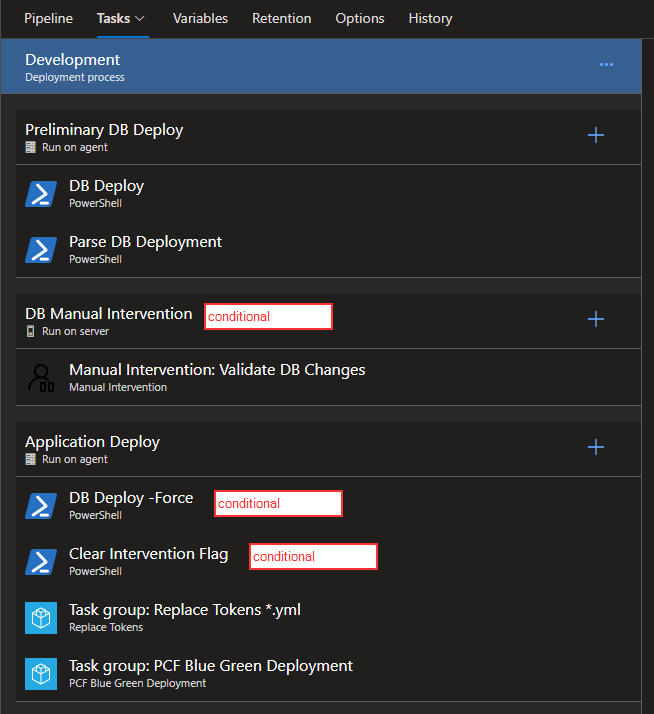 Maybe is not a full resolution for you, but you can start with this:

After the "Critical Task" add an "Agentless job" 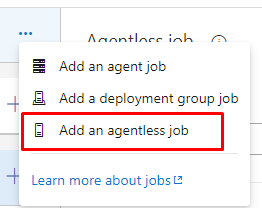 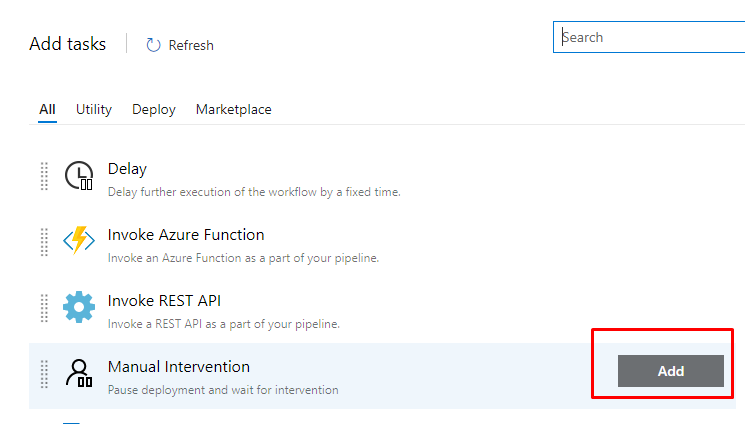 Not the answer you're looking for? Browse other questions tagged azure-devops azure-pipelines or ask your own question.