According to https://events.static.linuxfound.org/sites/events/files/slides/cc15_mcguire.pdf p21-23, Kevin McGuire of New Relics classifies the containers in three categories: 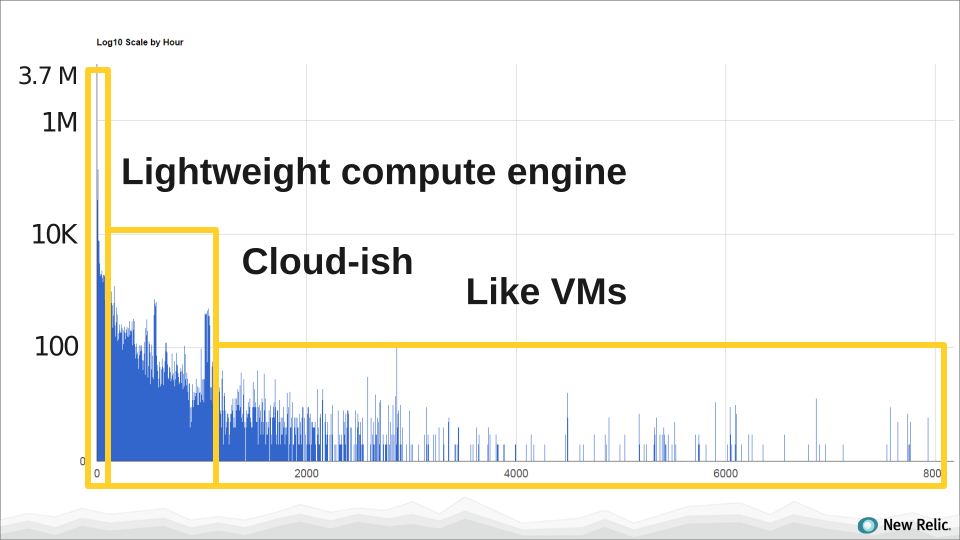 I have hard-time to clearly define what are the "cloud-ish" containers:

Are those typically "microservices" or is this something different?

"Cloud-ish" services could include microservices. I would include services that are replicated and/or load-balanced, such that you can sustain downtime on a single machine, VM, or running binary without service disruption.

Their differentiation of VM-like services looks like services which have a lot of local state (in memory or on disk) where frequent restarting would incur lots of downtime (from either the time it takes to boot/populate a new VM or because the service is singly-homed.)

Would you put applications that scale on demand as part of those "cloud-ish" services, or would they fall into the "lightweight compute engine" category instead?

They could be in either category. Scaling on demand is a commonly-used "feature" of Cloud computing. Think of "Lightweight compute engine" tasks as things like batch jobs, manually run jobs, one-offs etc.

Well, I think the author is trying to classify the containers on the basis of their life-times. I don't see that they have considered any form of Agile working methodology here. In SCRUM, for instance, you would not have the containers running more than a few days. A very aggressively agile team would probably push new containers several times a day, thereby destroying older containers. Also, I think the dataset is small for a concrete classification in this case.

And here's to answering the question for the sake of it. :)

Are those typically "microservices" or is this something different?

Ans: Assuming that the data is correct, I would say the short-lived containers are mostly created for managing load. This could be microservices or asynchronous processing(where a container is killed after job is completed).

Would you put applications that scale on demand as part of those "cloud-ish" services, or would they fall into the "lightweight compute engine" category instead?

Ans: They can be either the Lightweight or the 'cloud-ish' servers depending upon what the load is computed to be.

Not the answer you're looking for? Browse other questions tagged terminology term-disambiguation or ask your own question.

26
What are immutable servers?
9
What exactly are “Truly reproducible builds”?
1
What are further known DevOps operation models?
11
What are known efforts to establish DevOps ontology model?
2
Who is responsible for running and maintaining shared services in DevOps
7
What are the measures of size and complexity of IT infrastructure
2
Are all virtualization (OS/above-OS) utilities DevOps utilities?
0
Is FaaS required to have an official “Cloud”?