How should I deploy my projects using Docker, Git and VPS?

I have a VPS and am able to connect trough ssh using Terminal. Every project I have are dockerized and have github repositories. Since I am new to deployments so far my deployment process is manual:

I would like to know how should I correctly deploy dockerized github applications on VPS? Is there a better practice or script, maybe a tool?

Here is a Webhook rule to catch Github release events and run a custom bash script. It is run by adnanh/webhook which is a small go app that can run your deployment script. You then configure GitHub to send release events as per this screenshot: 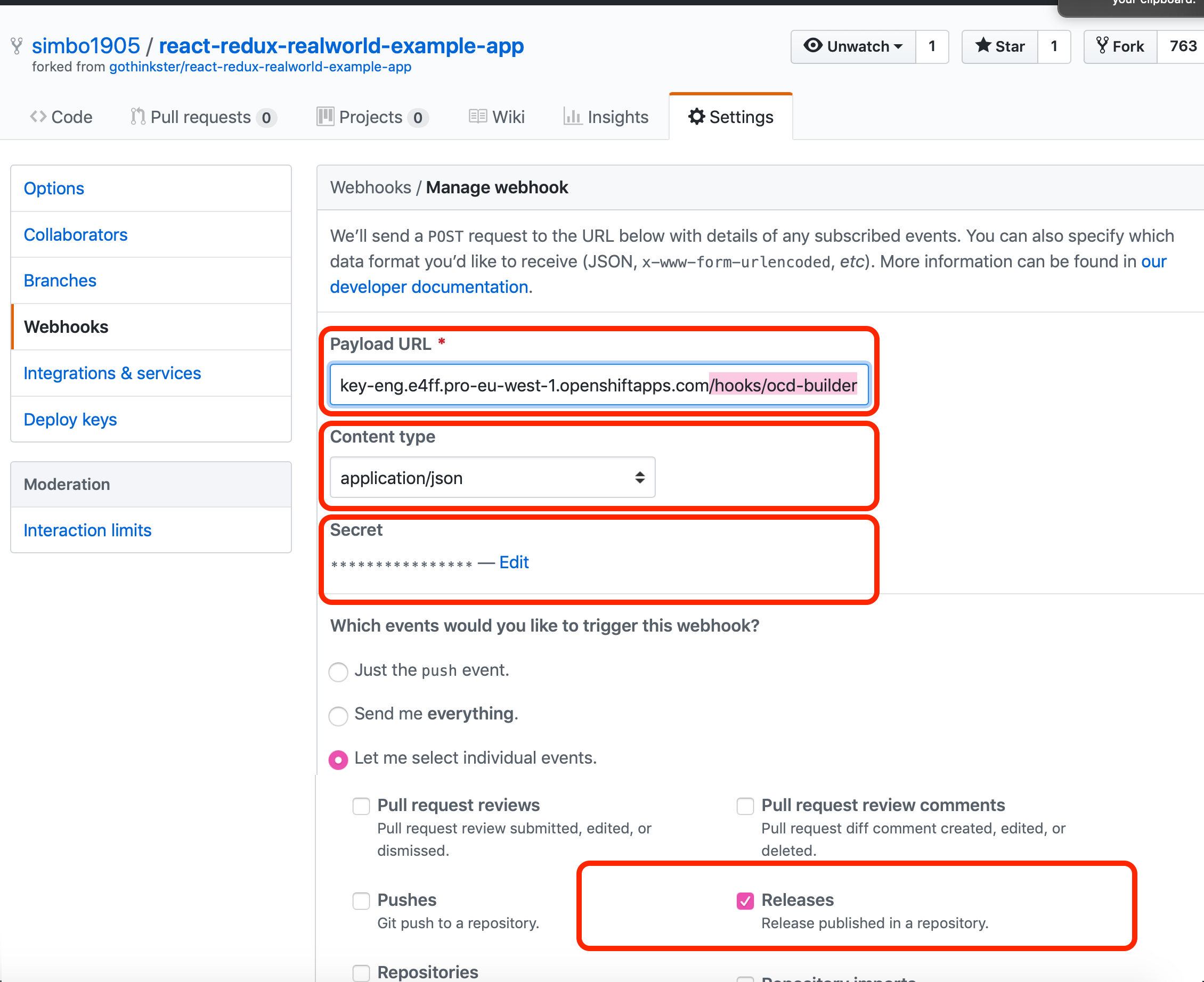 You can then use the github hub command line tool to create releases with a name that matches the regex in the hook rule e.g., v1.2.3. That will fire the release webhook. That can be caught by your deploy script running in a container on your server. Your deploy script can take the release number parsed from the release event payload. It can then git pull the git tag v1.2.3 launch your code. Note that you don’t have to use the hub cli a release event will also be fired if you push a tag to your repo using regular git. We find it helpful to use the hub tool that creates the tag and a github release. You can attach automatically generated release notes using github_changelog_generator see this example script.

Using similar webhooks is how OCD can drive kubernetes from configuration in GitHub. We have OCD deploy all our apps on AWS based on configuration and tags in GitHub. You can use the same techniques to drive your small deployment scripts quite easily. All you need to do is create docker container with adnanh/webhook, the json config and your deploy script. Here is a where we install webhook into a container and here is where we copy our rules. As it is a go app it doesn’t need a lot of memory to be able to fully automate your software based on git webhook events.

Not the answer you're looking for? Browse other questions tagged docker docker-compose deployment github or ask your own question.

7
How to implement Continuous Deployment in Angular, PHP API and Ansible projects?
28
docker-compose invalid type, it should be a string
1
Customizing deploy key and ssh wrapper path for git cloning through application_git cookbook
1
git - develop base and extended feature - commits in base should reflect in extended in pull
1
Docker Hub to VPS
1
How to deploy my Express/React app to server with docker-compose and Dockerfiles
4
How to deploy docker-compose to a remote host
0
Deploy Docker Compose from different repositories