How to implement blue-green deployment with one master branch

I was told that they easy way out is to have two production branches, master/blue and master/green, git merge action triggers CI to deploy to the matching stacks. Is that possible to do it with single master branch?

Some more details about our stacks.

For blue-green deploy, I'm thinking to have 2 instances of S3, API gateway and Lambda function. To make the blue-green switch, we'll need to change origin from one S3 bucket to another, then create invalidations to clear the cache.

To make the single production git branch blue-green deployment to work, Circle CI needs to know is the current active stack is blue or green, copy & paste / deploy to the other stack, if Circle CI is not able to do that, the alternative that I could think of is to somehow put the checkout_current_active_stack action in the git precommit hook? To be specific: 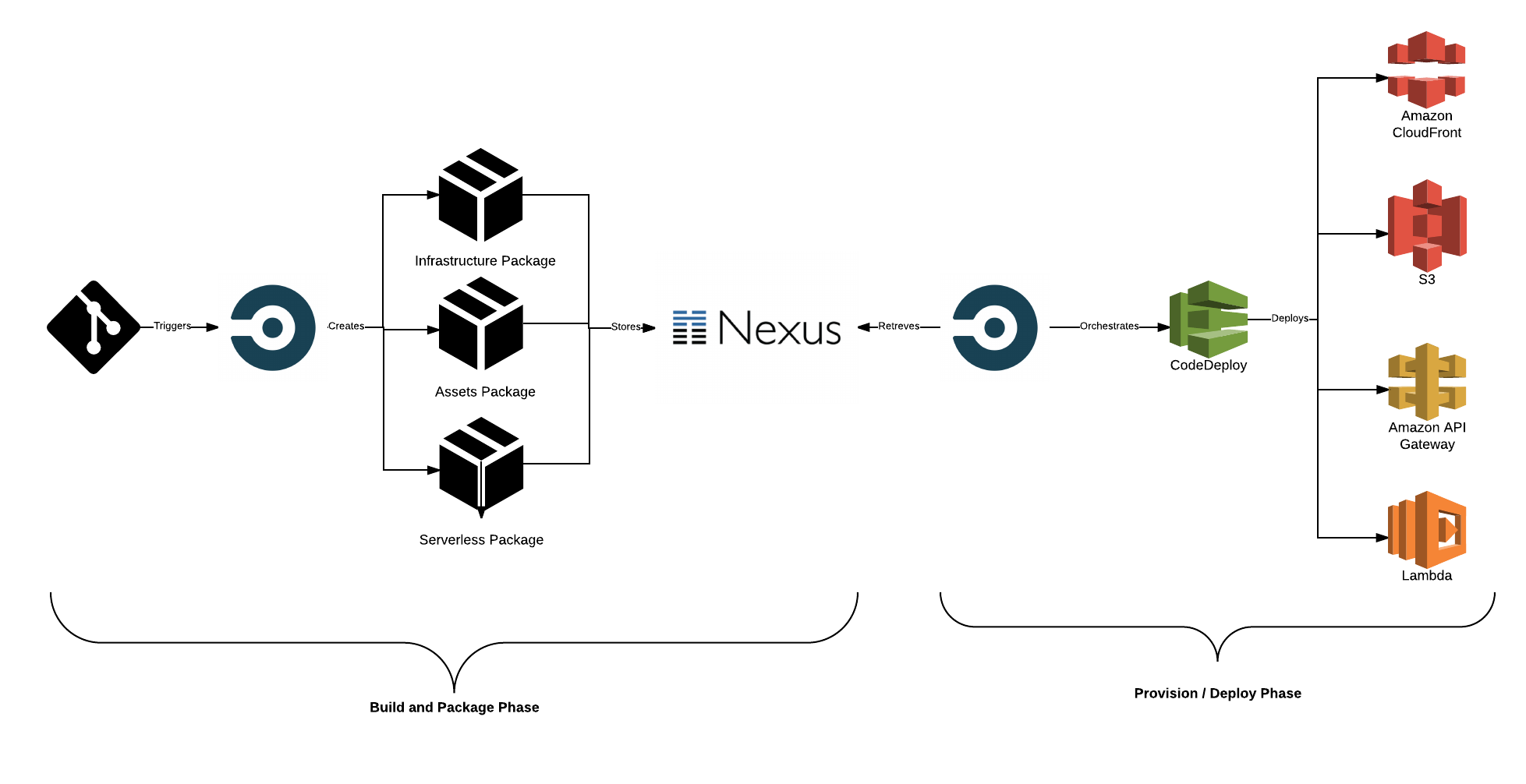 It is also worth stating that you can model the whole pipeline in Application Release Automation tools such as BuildMaster or Nolio. Personally, I prefer to build my pipelines from multiple 3rd party SaaS solutions.

Not the answer you're looking for? Browse other questions tagged amazon-web-services circleci git-hooks bluegreen or ask your own question.