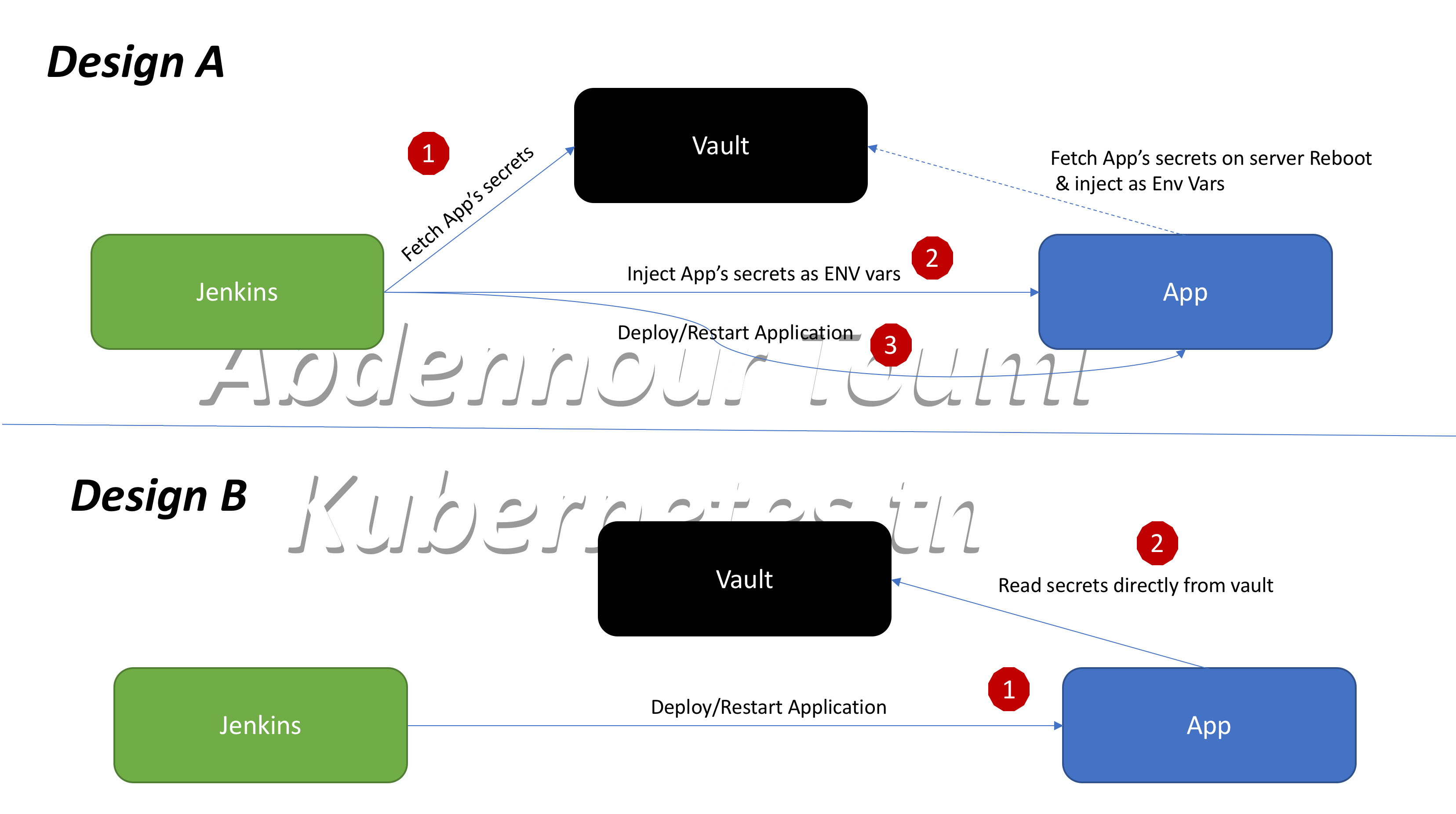 Design A: CD tool communicate with Vault to fetch App secrets on its behalf

Design B: App communicates directly with Vault to fetch its secrets

What's the best design according to you

My choice would be design B.

It's true that the availability of the Vault would be crucial, but Jenkins' availability would similarly be crucial in design A. So from this perspective the decision would normally be driven by the comparison of the two availability figures, if available. Based on its functionality I suspect that Jenkins is likely to be a more complex tool than Vault (but I don't have any hard data supporting it). If that's correct then Jenkins would normally have a lower availability/reliability score.

A slightly different aspect of the dependency on Jenkins in design A isn't exactly appealing: Jenkins' job normally ends once it successfully deploys a certain version of the app, it isn't really designed to be around to "support" that app version during its expected lifetime (that includes restarting the app). Other tools are better suited to perform app monitoring and management in general. The app's independence from Jenkins that design B brings is, IMHO, an advantage from this perspective.

Not the answer you're looking for? Browse other questions tagged jenkins continuous-deployment hashicorp-vault high-availability secret-management or ask your own question.