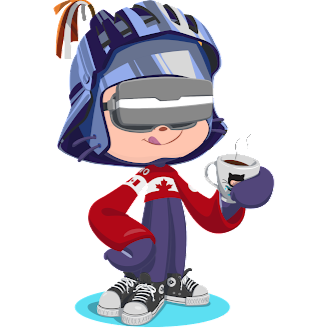 First app I wrote was at the age of 11 in OPL for a Psion Organiser II.

TOP SECURITY you couldn't turn it on if it couldn't find a file on the removable datapak! Obsessed with tech ever since #personality

I moved up through Commodore Vic20, an Atari 520ST, eventually an Amiga and at school an RM Nimbus PC. Yes, the days Magazines came with AOL or CompuServe CD's and dial up was a thing. Cellphones arrived, and the internet .com bubble burst.

Amongst a team of nerds earning more than we should've on the eve of Y2K I've never quenched the thirst of tech. Mobile tech got interesting but can't help think we should be further forward by now. Automated homes could have been realised YEARS ago what with X10 and all that and now micro controllers are taking over the world!

Palm, Psion, iPaq's seemed like the best thing since sliced bread until iPhone happened. I actually worked for Apple when they released the first iPhone, yup.

I worked devops / security cleared in the sat comm industry before moving to pharma and then banking, I miss Marconi / Astrium :-/

Over the years I've conjured up many sets of skills, certifications and follow the right mix of professionals. vi - Vagrant - Docker - Graylog - Visual Code when I'm feeling fancy

Looking forward to the next big sigint project, come on guys give me a call!

We respect a laser-like focus on one topic.